Today a package from BerryBase1 arrived. Last week I orderd some Compute Modules (a CM3 Lite2 and a CM3+ Lite3) together with a Waveshare IO Board4 for them.
Like I said in an earlier blog, I wanted to test some possible point for voltmods on the Compute Modules. Just in case you need them…

But this will be another blog.

Then I saw that all the 3000-ish scores used a 64-bit Raspberry Pi OS, so I downloaded the current 64-bit-image and gave it a try.
Unfortunatelly my script didn’t work, because Java 8 was not available on the ARM64-installation. Beside Java 11 was needed the HWBOT Prime Benchmark version 0.8.3 I normally use, didn’t work either. I had to use version 1.0.1.
Version 1.0.1 doesn’t crash, but you get enough error messages.

As you can see some warnings about illegal operations welcome you, when you launch the benchmark.
The benchmark then starts and you get a score, but if you want to save the file or submit the score online the program crashes. 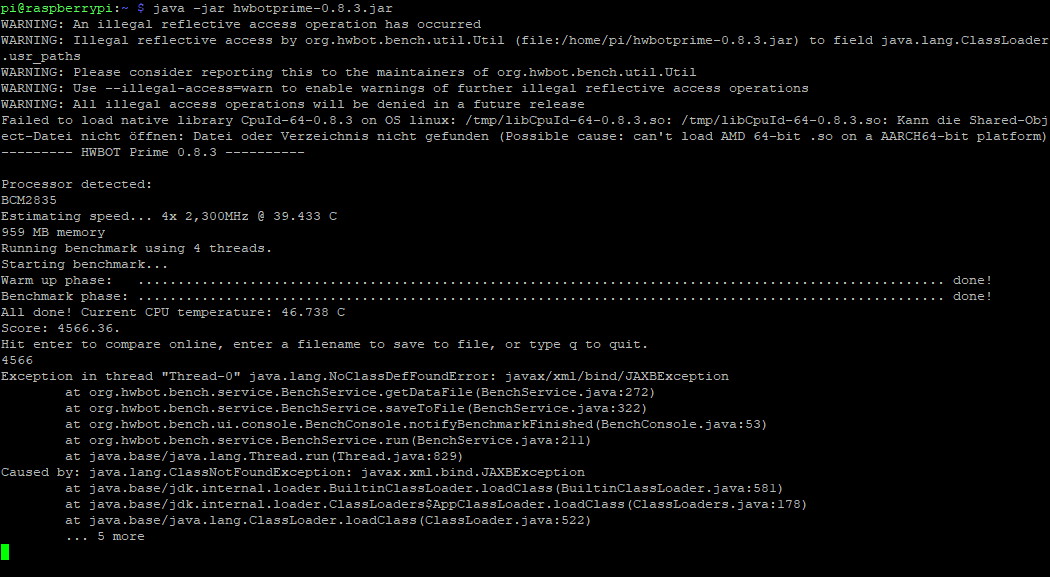 On the newer version you are welcmoed by the same warning messages about illegal operation, you don’t get accurate information about the processor, but it is possible to save the benchmark-file or submit the score online.

Unfortunatelly all my submitted scores were not valid. Here I have to investigate a little bit further, how to get a valid one.
When I know why, I’ll update this blog. 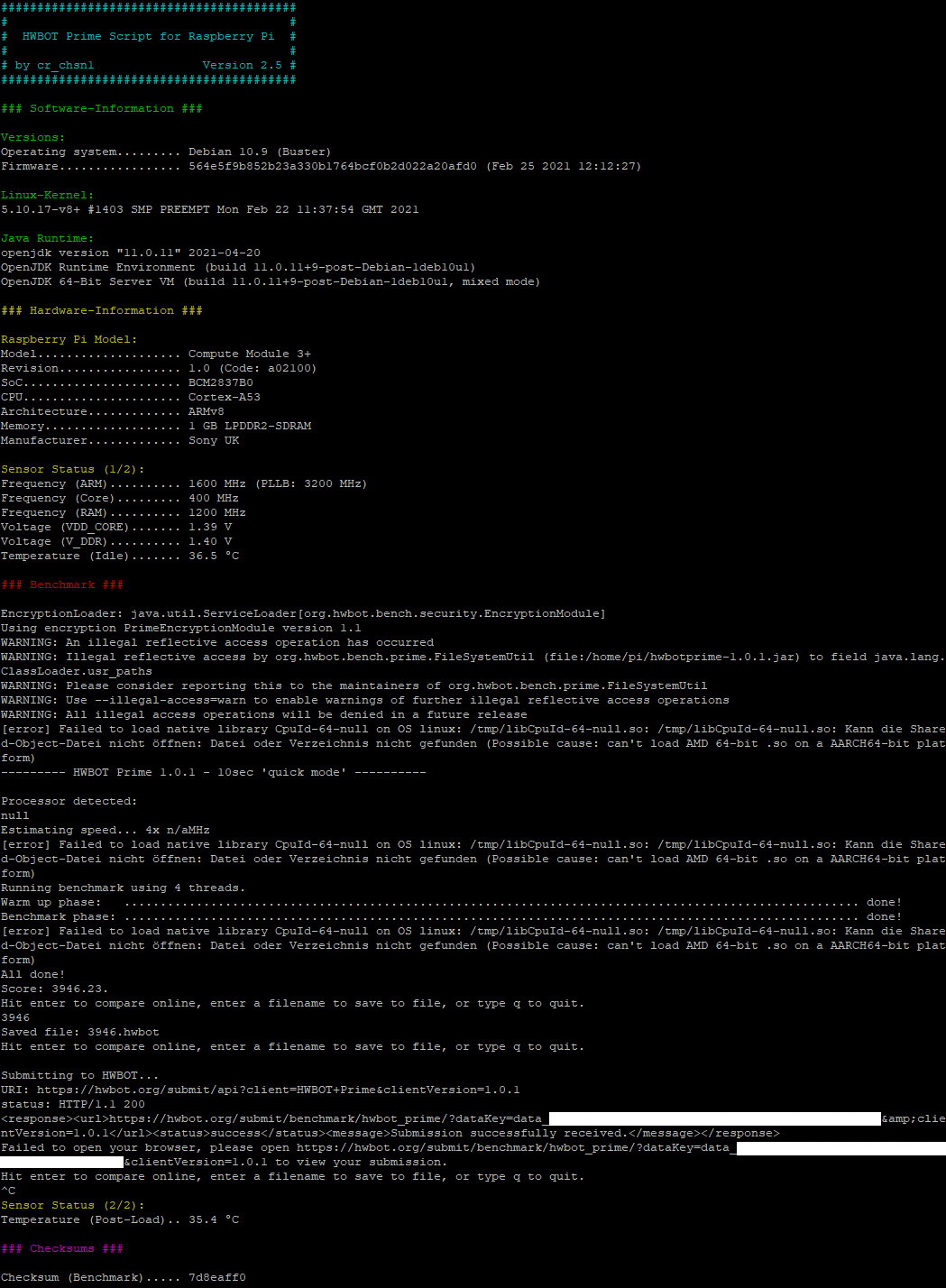 In order to get the script working on ARM64-installations I had to rework the installation part. Now the script knows which ARM-architecture you are using and selects the right installation and benchmark.
Since the RAM-clocks are not readable I chose the way to use the stock clocks based on the identified model you are using, if you don’t edit /boot/config.txt.
I also added a small checksum for the used benchmark-file with crc32, so you get a de9855eb when using the version 0.8.3 and a 7d8eaff0 when using the newer version 1.0.1. I have no other purpose than displaying this checksum, maybe in the future, I find a good usage.

Beside that I found some time to write down some documentation.

Version 2.5 is quite final, since I don’t have any ideas right now. If you have any ideas, let me know.
As always you can download the version at my GitHub Gist.5