A few days ago, GAT posted he bought a Raspberry Pi 4 B to run Pi-hole1 on it.
Before that, he wanted to test his x264 Benchmark and built the needed components on his RPi4B, where he used the current ARM64-image.

Time to get my Prometeia out of the basement, again…

Since I knew, my CM4 was able to clock at 2.500 MHz with a little bit of cooling, the x264 Benchmark is a bit more challenging, so I had to go to sub-zero temperatures.
I decided to use my CM4 instead of a RPi4B, since it was already on my table and I wanted to try the mounting of my Prometeia on it.
Turns out, it’s pretty easy. A few zip ties and a little bit insulation later, the system was ready to start. 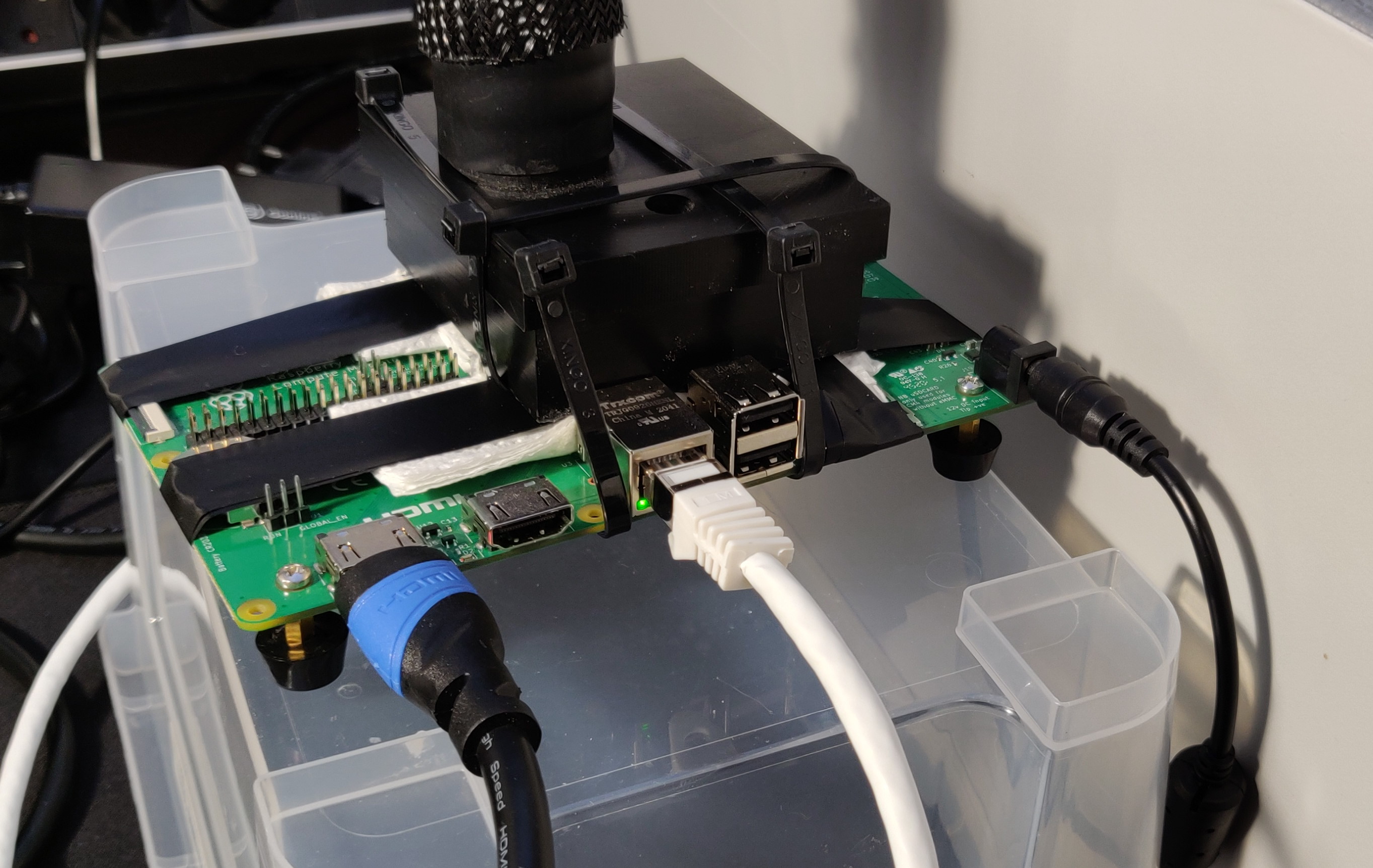 I started the CM4 and waited for the Prometeia to cool down.
This time I could mount the evaporator directly on the SoC, without any copper extension I had to use of the normal RPi4B.
It resulted in a lower temperatur, which was about -44 °C, instead of -36 °C. Of course, the BCM2711C0 is naturally cooler than the B0, but on idle the type of SoC should be irrelevant.

With -44 °C on idle I overclocked the SoC to the currently maximal speed of 2.500 MHz (over_voltage=12) and started the benchmark.

After one crash in the middle of the first pass, the next try was successful and it finished the run in 2h 53m 24.375s.2 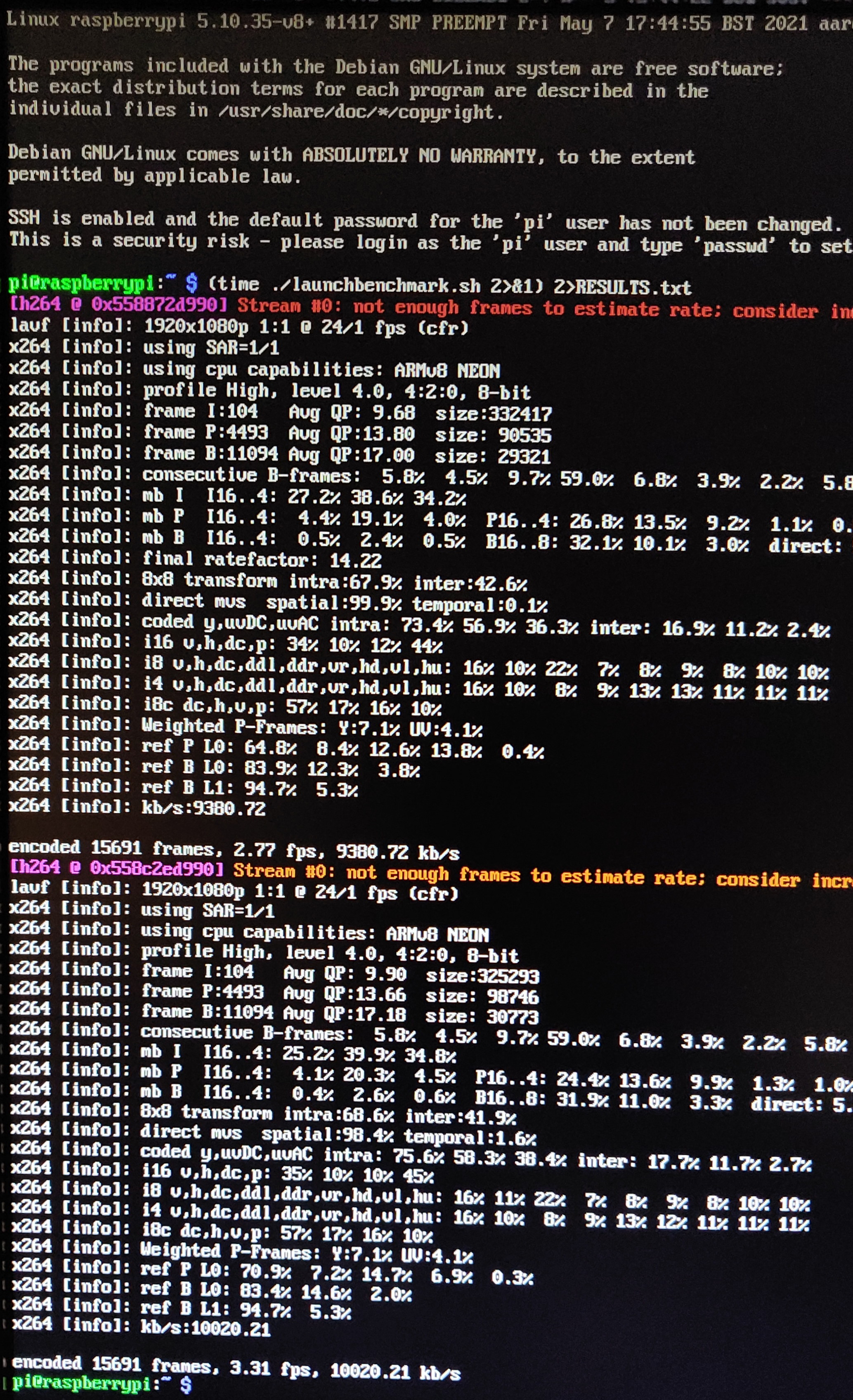 I was lazy and used only a little bit insulation around the CM4 itself.
On the underside of the IO Board I saw condensation. Enough to know I should have insulated it with a mat of Armaflex or something else.

When the 2.500 MHz-barrier is lifted and I have to use my dry-ice cooling-pot, I definitely will insulate the whole thing, that’s for sure.
Or maybe my current delivery from ElmorLabs3 will solve this problem, too.