I used to buy the “normal” version of the Raspberry Pi, since they provide all connectors you need to get it running. This changed with the Raspberry Pi 4 or the Compute Module 4.
While the RPi4B uses the BCM2711B0, the CM4 comes with the newer BCM2711C0 which clocks way better.

The webshop I used was BerryBase1 from Berlin, Germany. Turned out to be my new go-to shop for Raspberry Pi products. Besides the two CM4 I bought the needed CM4 IO Board.

Another benefit with the CM4s on the CM4 IO Board is binning, so the costs are way lower.
For about 25 € I can get a CM4 1GB, instead of 40 € for the normal version, which has the B0 revision of the BCM2711 instead of the C0.
Should be a win-win, at least I call it that way.

In order to be prepared for future project, where I need better cooling, I needed an upgrade.
With my old Prometeia I can reach temperatures around -35 °C. Building a cascade is beyond my abilities and space to storage, too. So a pot for LN2 and Dice it is.

The shop I choosed was bartx’s webshop2, which I can recommend. Friendly feedback and good delivery time. I bought a bigger pot (CPU LN2/Dice Eco Pot)3 for normal x86_64 projects and a smaller one (NB LN2/Dice Pot)4 for my RPi-based ones.

As an addon on the pot I bought a thermometer, to know what’s going on inside the pot.
Therefore I chose the ElmorLabs KTH K-type Thermometer.5

Now I should be prepared for higher clocks and voltages, where lower temps are needed.
I will keep you updated!

Because the threaded rods for thightening the pots were a little bit short, so I bought a few stainless steel M2,5 (for NB pot) and M3 (for CPU pot) rods and some springs to get a good pressure on the chip.
Nothing special, but a little update. 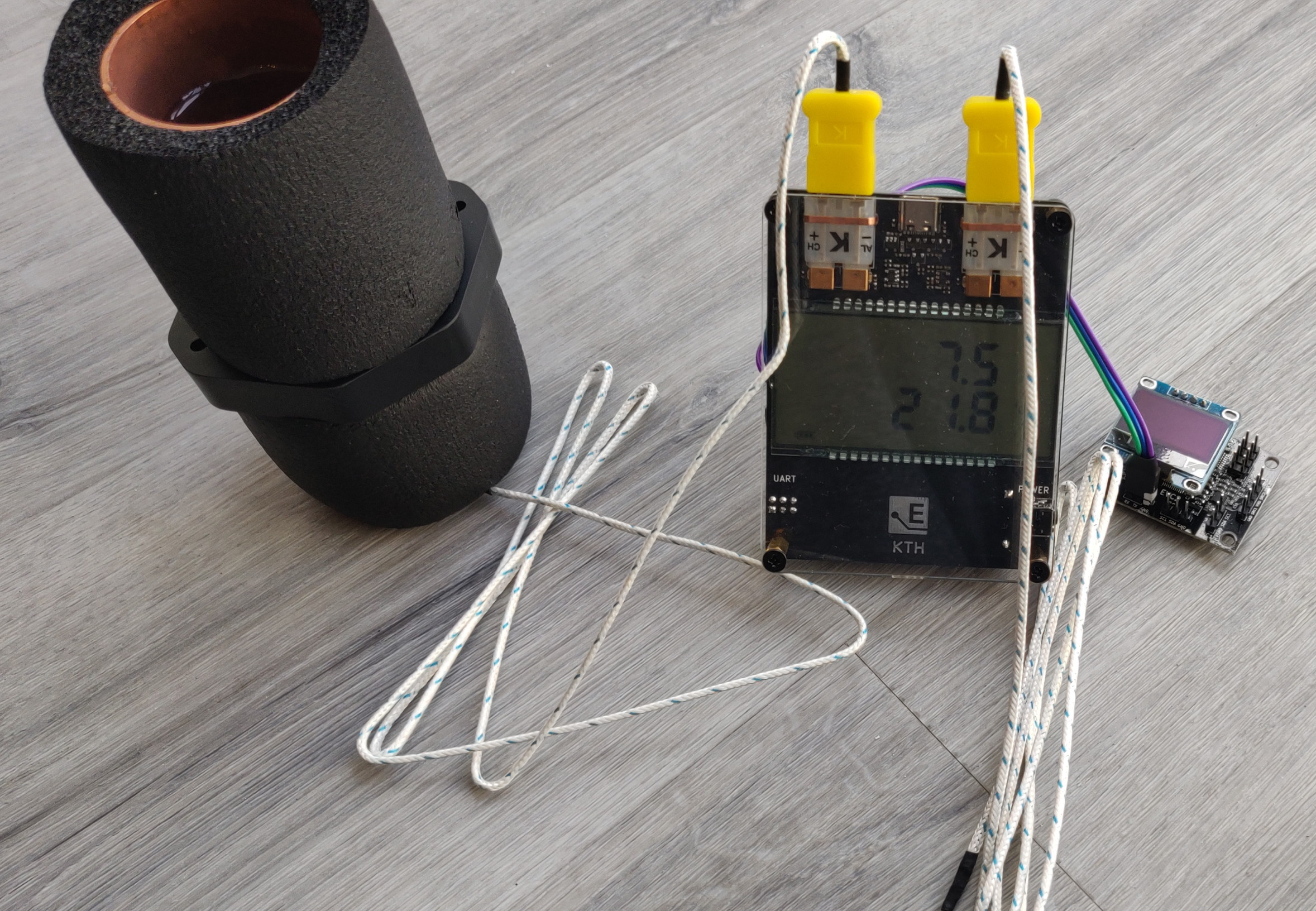 The NB pot is not built for this, but it fits incredible well on the IO Board and the CM4 itself.
You only need to make the holes slightly wider. Those were 2.5 mm holes, where I used a 3.0 mm drill to widen them. The extra 0.5 mm are needed for the rods to move.